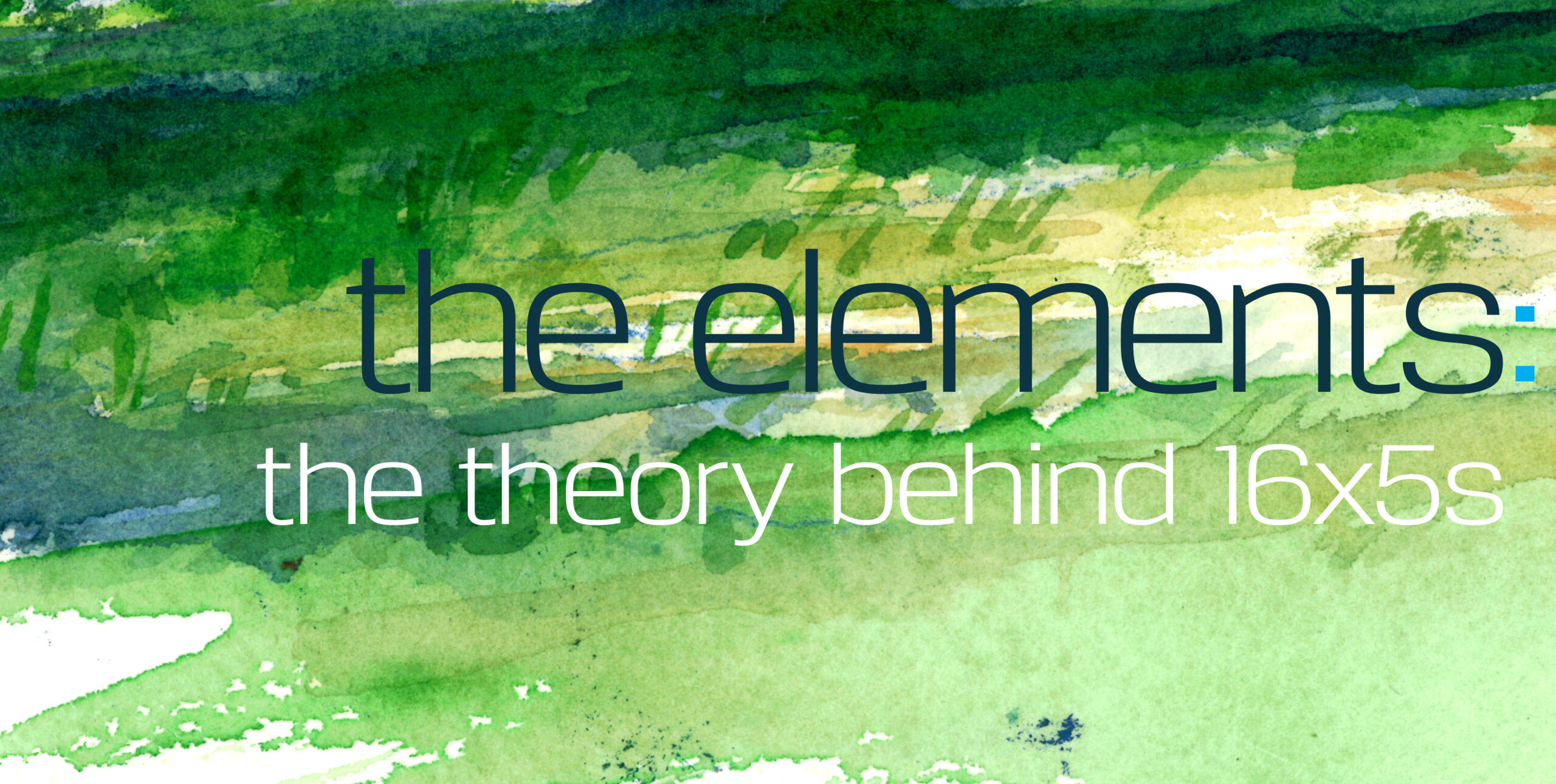 The elements – the theory behind 16x5s

Throughout history artists, thinkers and philosophers from nearly every major culture have understood that what we experience of this physical world is often through our five senses. Many of them also understood that the physical world is composed of a combination of five fundamental elements. According to the Vedas these are: akash [ether/space], vayu [air], agni [fire], apas [water] and prithvi [earth]. Each has its own character, both eternal and perishable.

My aims to visually depict those elements through the fluid combination of watercolours. Visual descriptions of places I’ve visited, each of these works is an attempt to capture the mood and moment of the place. Created ‘en pléin air’ and mostly completed on-site, each is a moment in time and emotion. The 16 x 5 proportion is simply a framework in which to create each work.

The five elements are:

This element is unique in that it only has one form and that is eternal. Ether is the carrier of sound. We hear it and experience it through our sense organs, predominately our ears.

Ether is also linked to the concept of divine sound (akashvani). The primordial mantra (Om) links the individual soul (jivatma) to the supreme soul (paramatman).

Appears in our breath and the movement of the wind. We feel it the rush of a storm or gentle breeze. We see it in the movement of clouds across the sky. All of which is temporary and transient, however, air at a fundamental level surrounds and is part of us, constant and eternal.

The essential character of fire is heat. There are five important types of Agni; the fire of the earth, the fire of the sky, the fire of the stomach (hunger and digestion) as well as the fire we use to warm us. There is also our inner fire, one that drives us as human beings. The fire to create, procreate and communicate.

Whether in the form of a river, a lake or the sea, this element is in constant motion. Perishable and impermanent, one moment a stream, the next an ocean. Water evaporates to re-form in the sky as clouds, returning to the earth in the shape of rain. Constantly fluid, we can touch, taste and feel it. While we are primarily composed of it, water remains eternal and ever-changing.

We can see, touch, taste and smell earth. While appearing largely physical this element makes up our physical universe. It exists at an atomic level while our bodies and even our sense organs are composed of earth. As a whole it forms the shape of life (Jiva). While everything is perishable, its fundamental structure is unchanging.